A player with a difference 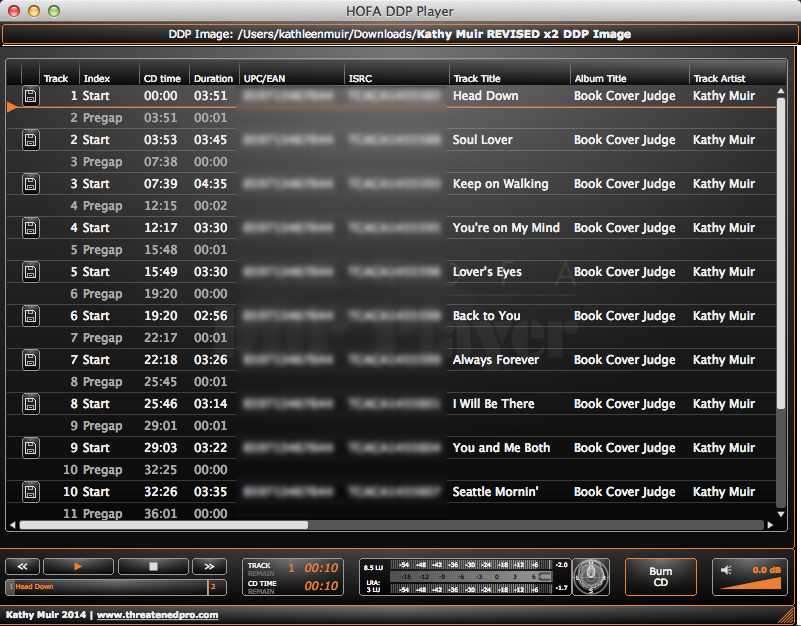 Things have changed in the two years since I last did an album. On the last occasion Mastering Engineer Alex Theoret of Turtle Tone Studios provided a Red Book Master to the disc manufacturing company, via the studio so that we could give a ‘four-ears’ check. It then sped its way to California. This time around it’s enough to listen to a very advanced DDP player in the comfort of your own home studio and ultimately achieve in half a day what would take ordinarily take four.

I listened to all the songs and only made a few suggestions to increase the spacing between two specific songs. I wonder, when the album comes out, if you’ll be able to tell which ones :-).

Time to upload the DDP files and the album artwork and speak to the guys at the disc plant.