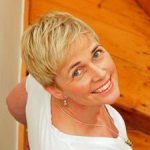 Scottish singer-songwriter and co-producer Kathy Muir likes to be in front of an audience. What she is less well known for is her work behind a camera lens. Her first memory of owning a camera was from collecting comic-strip wrappers found inside Bazooka Joe chewing gum. “I had to collect a lot of Bazooka comics to send off for the ‘FREE! REAL CAMERA’. It was a magical moment.

Today she uses a Canon 5D MkII and her trusty iPhone. She can be found taking photos in her favorite cities Edinburgh, Paris, London and New York, or of the things she knows best: motorcycles, natural landscapes, railways stations and her fellow musicians.

Kathy is interested in the history of photography, with a particular penchant for 1920’s pictorial photography as seen through the lens of the Seattle Camera Club. Determined to raise awareness of, and to help preserve the work of these photographers, she collaborated with the University of Washington to create www.seattlecameraclub.com.

“Photography is such a personal choice and it’s true what they say, namely that beauty is in the eye of the beholder. I mean, two people may look at the same object but see completely different things. There is a real buzz when you know you’ve truly captured a moment because, long after the photo has been taken, there remains an energy to the photograph before you. That’s how I feel about the work of the Seattle Camera Club and is what I aspire to possess in my own work. I try to imagine that if I were the viewer, would I want to look at a photograph time after time. It’s this measure that helps guide me in my work”.
Skip to content