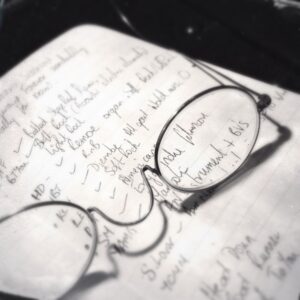 I met up with producer Steve Hansen yesterday. We have now completed reviewing each of the songs for my second album BookCoverJudge. Ten of the twelve songs are now ready for mastering. After listening to the eleventh song, ‘Soul Lover’, both Steve and I agreed the song’s pace was too slow. I’m so used to playing this song live (where I use the guitar as the main instrument but also as the percussion) at a speed that gives the song a real energy, that the studio version lacks the same. So, we’re revisiting the song and will be finalizing it in the next few weeks.

Aside from this, we’re working on the twelfth and final song Softly. It’s a strong song with just vocal and guitar, however, I can hear Rhodes keyboards in my head and the bridge being a real ‘belter’. Cue piano player Harry Whalley and my working in my home studio to redo the guitar, vocal tracks and some keys to give Harry an idea of what I’m looking for.

Harry normally gets a sense of what I’m trying to do but usually ends up creating versions that take my breath away. You And Me Both – from the forthcoming album – is a case in point, in which Harry put down keyboards that really made the song rise. I love his piano part so much that I’m going to work with Steve this Summer to do a remix of the song in the Summer. You can hear the Rough Diamond version of Softly on the Music Page and You And Me Both on the Video Page.

There’s so much more news to tell you, other projects in the works; collaborating with an artist on the forthcoming E.P entitled Four Acorns, and much more. So, please sign up to the newsletter to hear more news and updates!