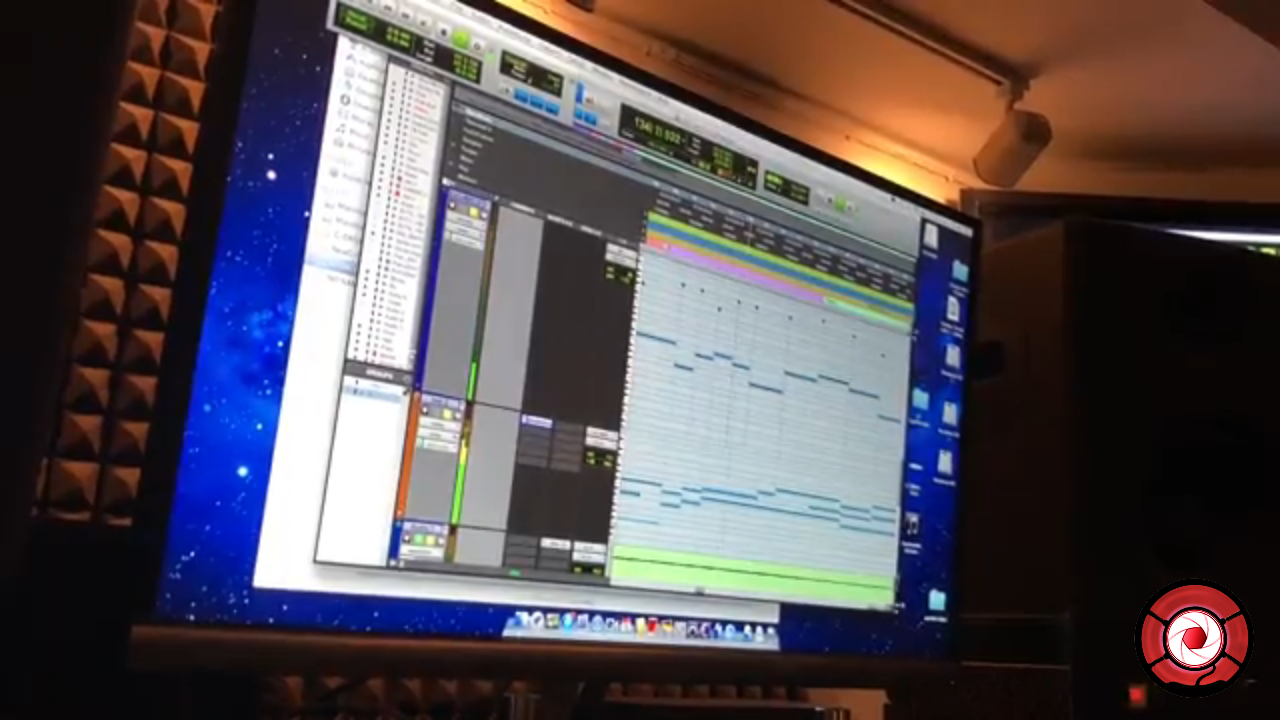 Every song tells a different story, and I don’t mean the lyrics. This song went from being an acoustic piece to having orchestral pieces added; from guitar to having piano replace it;  and drums and bass being introduced at the end of the song. And that’s only part of the story.

Stop Walk Talk was written a year or so ago but never made it to the recording studio because other songs took priority, ones that required a lot of production effort.

I remember when I first let Steve (Producer) hear my acoustic version of Stop Walk Talk he said the chorus made him think of Sara Bareilles. Ambitious indeed. And I left it at that.

Each song has a time and a place. Stop Walk Talk started to resurface when I came back to Edinburgh in late Spring 2018.

I was new to the Edinburgh music scene after having lived in the States the last six years. I was looking forward to getting to know the musicians, and meeting Mike McKenzie was a game changer. Singer-songwriter and pianist, I had told Mike that I imagined several of my songs were better being played on piano than on guitar. Stop Walk Talk was one such song.

We got together for our first rehearsal at my house and went over three of Mike’s songs I’d learned on guitar, then we played some of mine: Keep on Walking, Playing Fields, and Stop Walk Talk. We clicked.

Mike recorded in Logic Pro, we shared a Dropbox folder of the project so we could collaborate remotely. I then laid down my vocal and sent the files to Steve in Connecticut. I flew out in June for a few shows and four sessions in the studio. When Steve and I got together and we heard Mike’s piano, there was something in the resonance of certain notes that made me keep thinking that an orchestral part that was missing. It was like a ghost in the machine.

Despite a working holiday, I made the time to write a cello part. Writing such parts is like an exorcism: you hear voices and simply have to allow yourself to be the conduit. Still unfinished, I let Steve hear what I’d written. We were both happy but agreed I needed to work some more on the part.

In my next writing session at 6am one morning (needs must), I continued writing down the notes I could hear in my head. However, it became evident there were two different parts; one for cello and one for strings. The video shows you the first time Steve brings into session these parts. It was a hair-raising moment hearing my parts against Steve’s extensive range of sounds. I was moved, happy, and very satisfied.

What’s in the Video?

Time now to find the drum and bass parts.

One thing is clear though: I want to make two versions of this song: indie pop and contemplative classical.