Folk Music Then and Now I was raised on folk music. Still performed today, many of these songs date as far back as the 17th century, or indeed earlier. These songs often relate tales of love and war. The creative process of The Letter reminded me of what Fiona Richie and Doug Orr described as […] 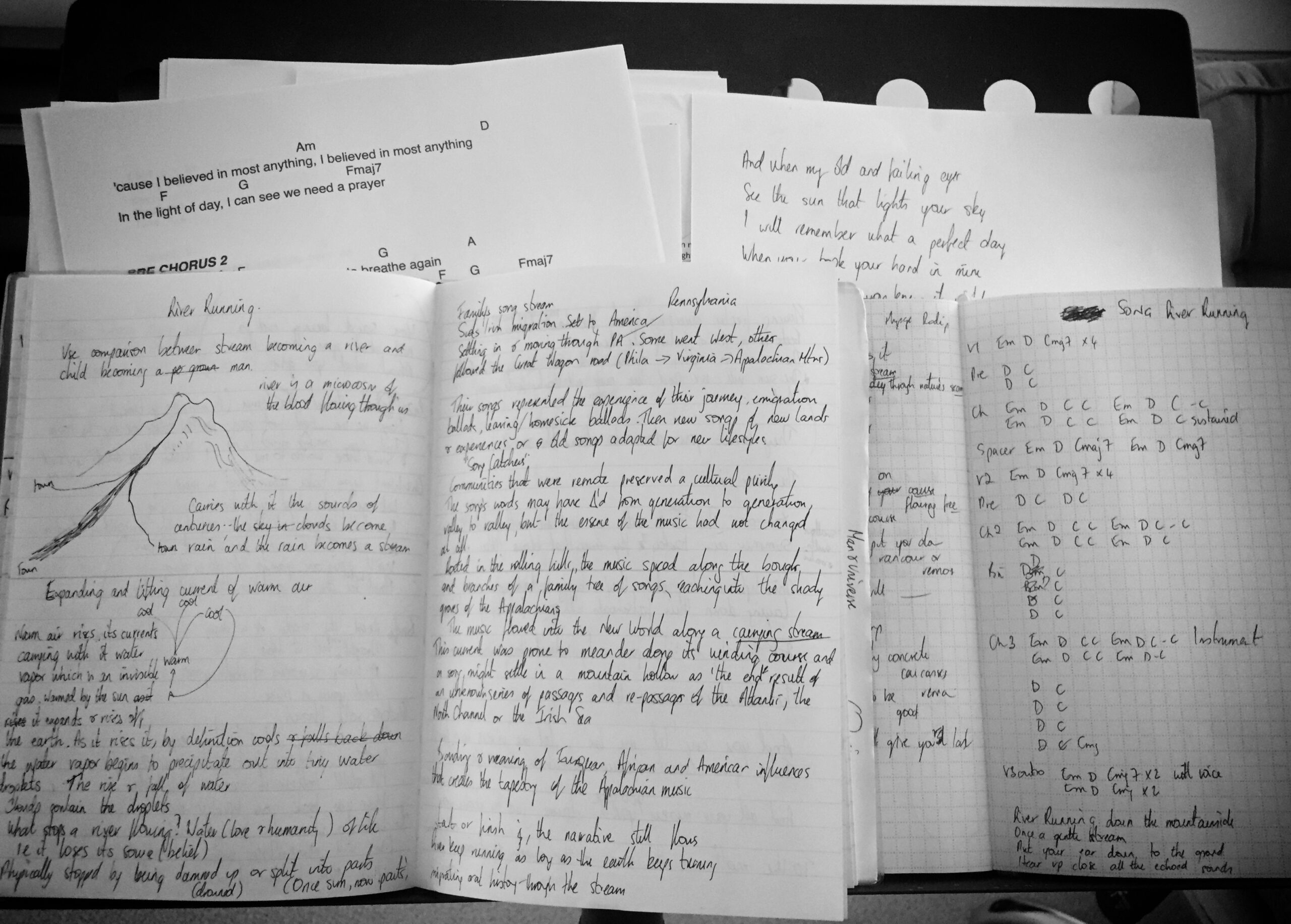 I’m in the middle of a writing session for a new song River Running and thought you’d like to see some of the initial concept pages. It’s always a challenge to have an idea come to mind and then spend weeks figuring out if it’ll work or not. I’m drawing a comparison between a stream becoming a river […]