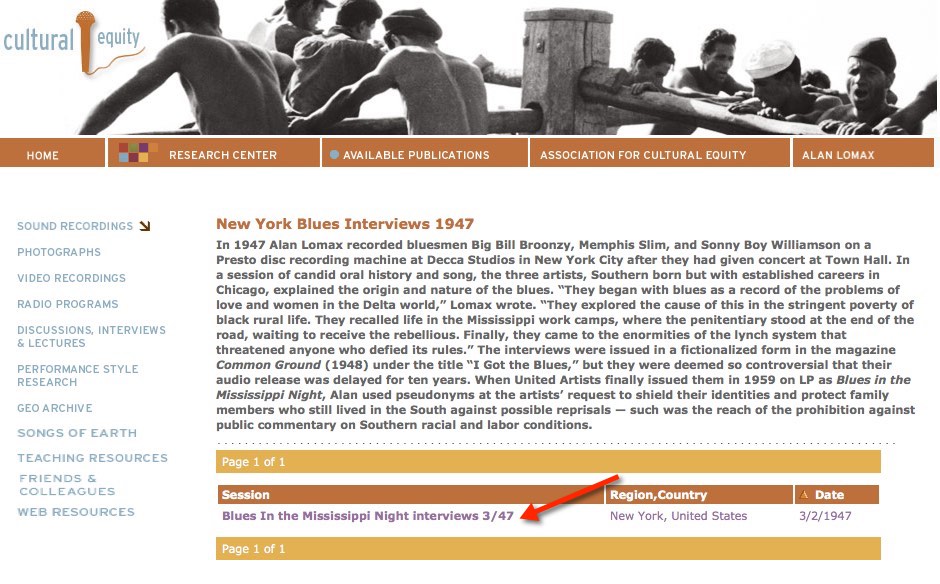 ‘A huge treasure trove of songs and interviews recorded by the legendary folklorist Alan Lomax from the 1940s into the 1990s have been digitized and made available online for free listening. The Association for Cultural Equity, a nonprofit organization founded by Lomax in the 1980s, has posted some 17,000 recordings.’

Now THAT is blues!