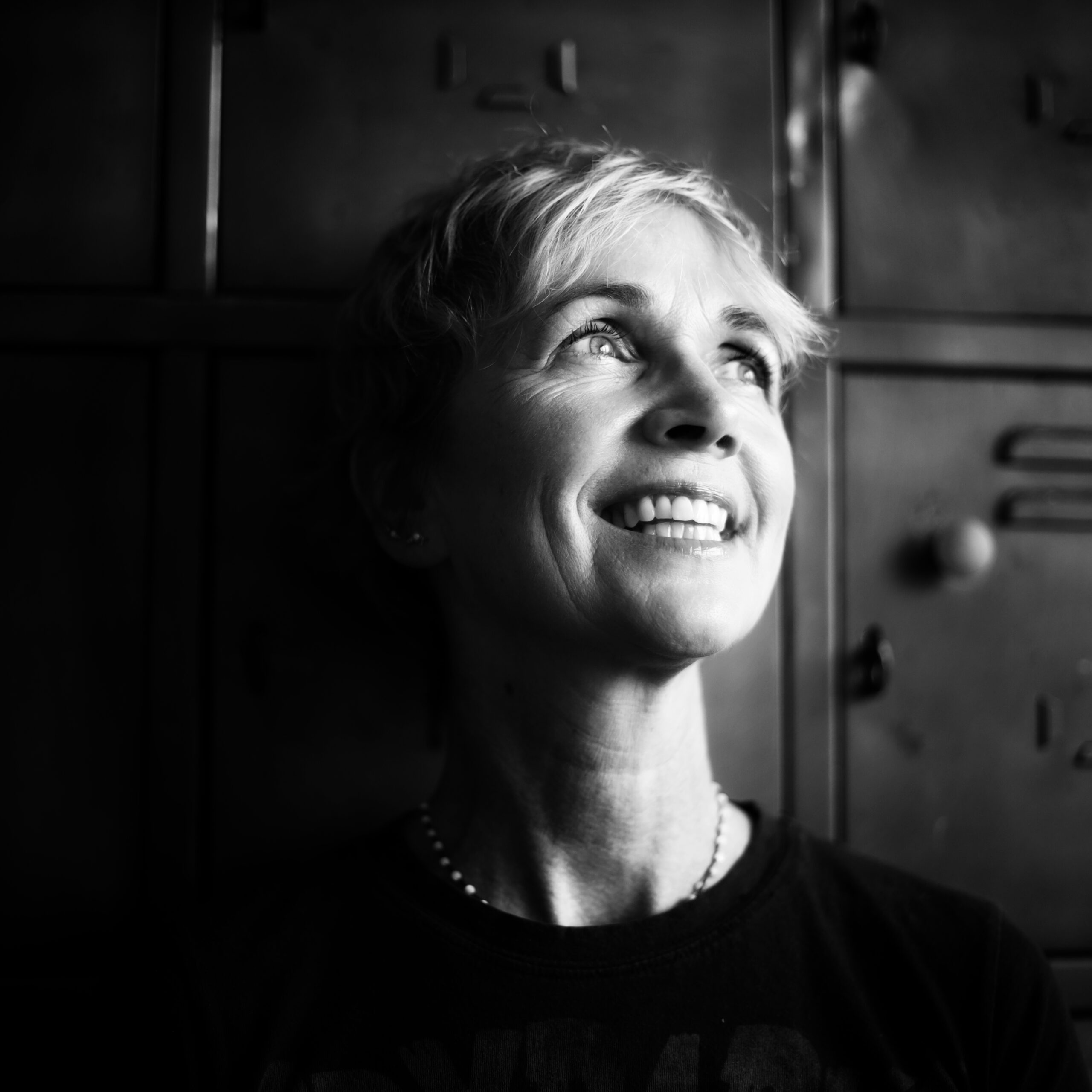 Soulful balladeer Kathy Muir conjures enlightened songs that paint vivid landscapes of her journey as she transforms elements of pop and folk into brand-new sounds. Her warm voice glides through lyrics that unfold like the words of an inviting diary.

Muir’s fine-tuned skills as a songwriter and a photographer as well as her willingness to share personal perspectives and bold emotions enrich her intimate, multidisciplinary approach to her art. Muir’s frequent collaborations with artists across media have allowed her to continuously evolve her work while extending the boundaries of singer/songwriter material into unexpected realms.

The possibilities presented by humanity’s creative canvas have always fascinated Muir. She has dedicated herself to unearthing the rich spaces where visual art, music, and poetry meet. Muir’s roots in spiritual songs have remained with her as she voyaged beyond Scotland, to France and ultimately Stamford, Connecticut, where she lived for eight years until returning permanently to her native Scotland early 2020.

Along the way, she has found her own inner voice as a songwriter and an organic approach that is inspired as much by her personal experiences as it is by her own boundless energy and pure imagination. The melodies flow through her, and she ties them together with delicate threads of chords and lyrics.

Over five years, Muir released multiple sings and three albums. Then , in 2017, she released the lo-fi EP 2+2=4, which was much more indie-led than her previous acoustic-folk offerings. She spent most of 2018/19 working on eight songs to complete the Double Take Series as well as four more singles. first in the Double Take series, Muir released If I Can Breathe.

With the arrival of COVID, Muir took a hiatus from releasing songs Double Take Series put on hold, and was recording in her Connecticut recording studio.

Stop Walk Talk, released on 17 December 2021 is a song of our times. The melody supports simple yet powerful lyrics describing how we should try to make more time for each other. The song marks the beginning of Muir’s return to releasing music throughout 2022 and beyond.

The Other Side single review