Soundcloud – a Bedrock of Inspiration 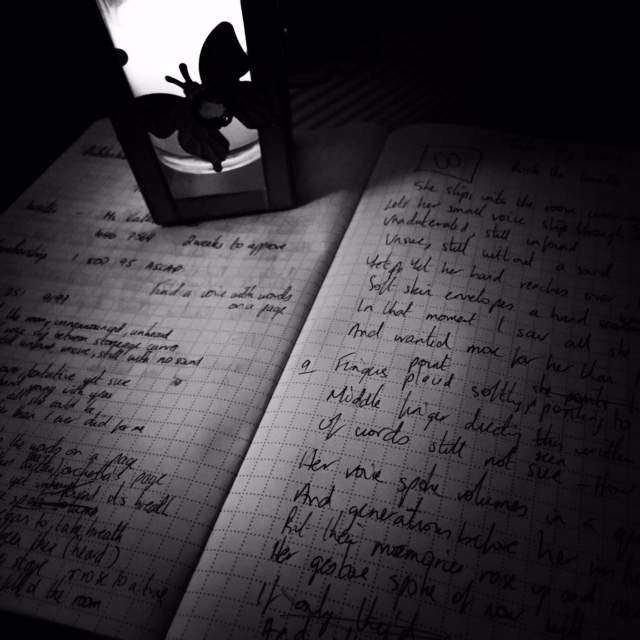 Soundcloud – a bedrock of inspiration.

I was listening to my favorite playlist on Soundcloud. Entitled Brotherly Love – because my brother got me into ambient music – the playlist contains nearly 100 tracks. Anyways, I was on my teeny balcony watching the sun set over the horizon when this song came on.

For whatever reason, words started to walk towards me. When that happens, I know to pick up my pen and notebook because the walking-of-words will become a frantic sprint. When that happens, I need to be ready to help them to the finishing line. And so, I began to write whatever came to mind while I set the song to repeat-play.

After a while, the music became a distant hum as words took the lead. Eventually, the last stragglers of syllables and consonants made it past the finishing line and received their reward.  ‘An Orchestra of Words’ was written. If you listen to Wildes ‘Bare’ as you read the poem, I wonder if you feel the words differently?

An Orchestra of Words

She slips into the room, unannounced, unheard

Her hand reaches over, tentative to fear

A soft skin enveloping a hand young with years

In that moment I saw all she could be

And wished more for her than I did ever for me

Fingers point softly to the words on a page

Her middle one directing the orchestra’s gaze

With words plain in view, they began to be heard

As the symphony rose, and her words gently stirred

In this quiet summer air she began to take breath

And the generations before who’d wished they’d been there

Let their memories rise up and come to the stage

An assembly of souls, in unison, played

As she walked with words, her voice did rise

And the syllables danced while the consonants cried

The violins skipped haughtily to the beat of her drum

And the cellos mourned gleefully at this prodigal son

The crescendo, you ask, it shone for all to hear?

When a young girl makes words come alive on the page

An orchestra of souls will always come to the stage

Here is the complete playlist if you’d to listen to some of my favorite tunes by other artists.