Behind the Lens Series – ‘Walking in Twos’ 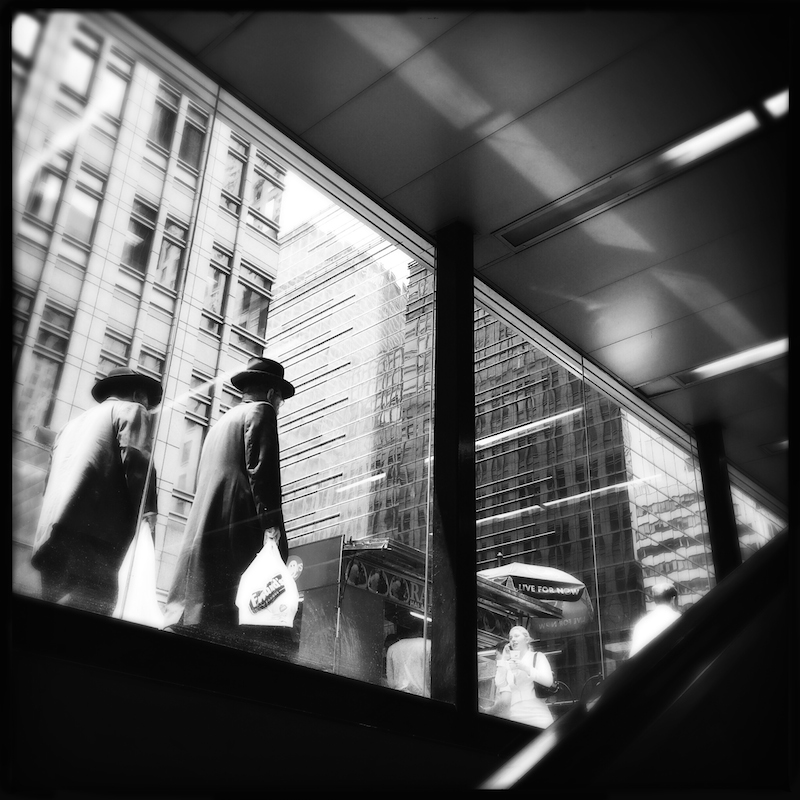 The hustle and bustle of New York City and downtown Manhattan. I had just arrived at Grand Central station after taking the train from Connecticut on the New Haven Line. There is a myriad of exists pouring out of the station. When you travel into the city as much for work, you sometimes like to switch up your commute.

On this particular day, I chose a completely different exist that would have me surface further west than my traditional northerly exit. I joined the line of commuters snaking along the underground corridors until we reached an elevator. Like cars on a highway when a lane is closed, we hustled and bustled until there was only one line of well-suited and booted workers.

We each stepped onto the elevator and looked up in search of daylight and street level. Halfway up the elevator, I was able to see New York’s crustacean buildings and their rising peeks. I was looking from a different perspective, that of being underground.

I reached for my camera just as these two Jewish gentlemen came into view. They walked at an identical pace, shopping bags in hand. Something about them caught my attention.