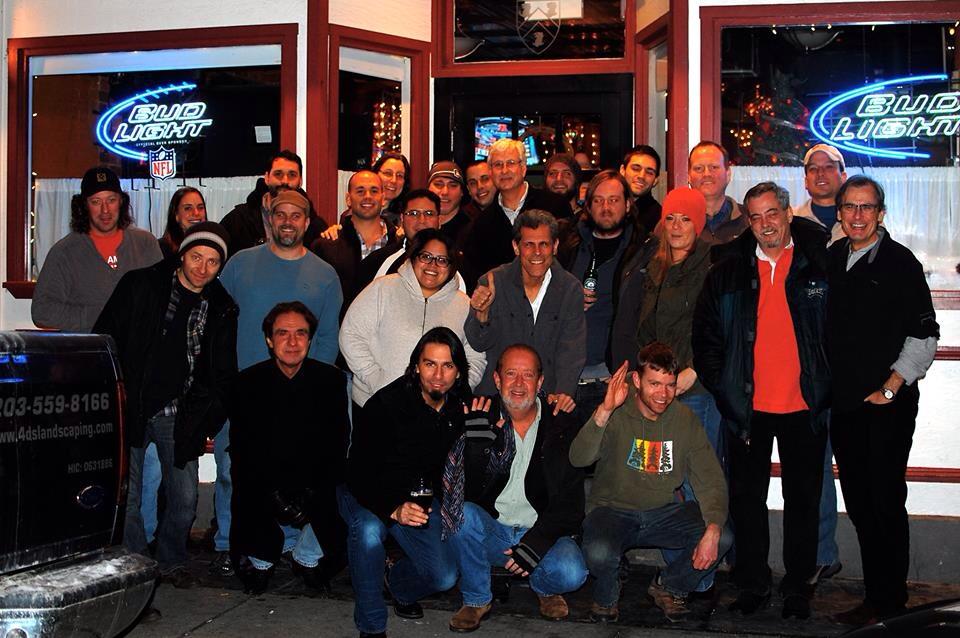 It’s been a long while since I last wrote on my blog.  Pretty hard to believe that so much time has gone by, yet it feels like yesterday. I guess the move over from Edinburgh to Stamford, Connecticut had a bigger impact than I had anticipated.

Anyways, I thought it would be quite nice to tell you a little bit more about the kinds of musical venues I have enjoyed playing in these last 18 months. Granted, each venue has a website and has great reviews, but I thought you might like to hear more from a personal view, the point of view from a performer. You see, each locale has its own appeal.

Casey’s Irish Tavern on Summer Street is an ordinary pub. However, Thursday night is “open-mic” night, and that is far from being ordinary.  If Casey’s were a room in your house, it would be the front living room. You’d walk in there alone or with your mates at short notice, and your Mum would not only be fine with it, but she’d welcome the company and bend over backwards to ensure you had plenty of food and drink. She would not be a mere bystander either, but would join in the fun.

Eventually, as the night goes on, all your best friends would be there, some watching TV, others playing games, with the guys and girls in the corners of the room making the loudest noise of all. That’s Casey’s on a typical Thursday night for you.  It’s not necessarily the décor that keeps you coming back (it’s not exactly rustic as you might expect of a traditional Irish bar), nor the sharing of a Celtic link. No, what makes Casey’s different is its heart: the staff, punters and musicians alike.

There’s no expectation. As a performer, you turn up, knowing you’ll play at some point, chat with the punters or hang outside with your musician mates. Some nights have been very quiet, but that is rare; generally, it’s loud. The place gets your heartbeat going. You get up and play, not sure you’ll be heard but you belt it out all the same. And you have fun.

There have been nights when there is just something in the air that makes everyone buzz, like bees around honey. Oh that sweet nectar which flows when a guitarist or singer will come up on stage and set the place alive because they’re new to Casey’s and they bring something different: young soul singers, old-time blues guitarists, old dudes trying out new material or young dudes playing old favourites from the Stones, the Band, Dave Mathews, or Tom Petty to name a few. Some play solo, others invite the emcees KC & Anne or Carlos to add a little lead guitar or vocals.

Many nights, when ‘last orders’ is called, an impromptu gathering of seasoned regulars gets up to play one last song. As the rockin’ verses approach the chorus, so too do other musicians approach the mic and join in the reverie.  The parting gift of a couple of ‘last songs for the road,’ those last 10 minutes of the night take on a new life, pumped by all these fans adding their love. Let’s face it, that’s what we are.  We’re all fans. Fans of some of the greatest songs recorded in the last 50 years. And boy, how those songs are given some love.

You never know what story you’re going to come away with at the end of the night. On one occasion, two guys turned up to have a pint and listen to the music. They’d come directly from working at a wedding, though not in any musical sense. Their niche in the wedding market was to take photos with an old Kodak manual camera, the kind with a concertina body, and a glass plate at the rear of the body. It transpired that one guy was training the other. Whilst on the sidewalk for a smoke, some musicians gladly fell prey to having their picture taken by the novice. I was one of the lucky ones, along with a good friend of mine. To have a picture taken and us wait on the photo to develop out there in the summer evening was just magical. I still have the photo. It’s now a treasured keepsake capturing a special moment in time.

Three hours at Casey’s pass in a moment. The songs and performers are timeless because our music is the thread that weaves us together, regardless of age. And during all this, the punters are still playing darts or watching the game on TV.

It is a pub after all. As it should be.