The Loft Artists Association celebrates its 36th year of Open Studios. I’m a member of The LAA, not for my music but for my photography. I have loved photography since I was a kid. My first ever camera was from having collected Bazooka Joe comic wrappers. When the camera arrived it was a magical moment.

Since then I’ve slightly upgraded and now use a Canon Rebel T3i and my trusty iPhone, often using my favourite app, Hipstamatic.

So, for the first time ever I will be exhibiting my work at the Open Studios weekend 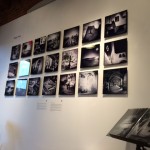 I’ll be performing songs from the first album Far From Entirely, the forthcoming album BookCover Judge due out in January 2015, as well as some new songs few people have heard, which will be released on a 5-track EP for release in Spring.

Come on down and support local art :-).