A Special Day – A tale of two communities

Well, actually, two special days. I’m home to Edinburgh for ten days to celebrate my Mum’s 80th birthday. The family is travelling from all over Scotland and further afield (me in the USA, family in Australia) to come together for one evening and celebrate a special woman on her special day.

What will also be memorable will be playing on a stage in the centre of Edinburgh the following day. Although I live in the States currently, I still feel a real pull for Scotland and my birth town of Edinburgh. It’s still my home, still my community. I’ve rarely played in its pubs, clubs or festivals because I only started performing live when I moved to the States in 2012.

I’ve been on an amazing journey these last five years. If you’d told me during that time I would co-produce over fifty songs (three albums, two EP’s, six singles and more to be released) and do regular two-hour shows, I’d have never believed you.

When I discovered Greater Grassmarket on Facebook via ‘Scotland is Alive with Music’ in early March, I was really interested in playing in July 2017 when I knew I’d be back in Scotland. I then learned that Greater Grassmarket were collaborating with Oxjam Edinburgh to support Oxfam’s fundraising efforts that seek to fight poverty and suffering around the world. I’m involved in a few community projects back in the States, so to learn that I could also be doing something that was community-oriented in my own town, was icing on the cake.

“Alongside the weekly Saturday market, the Grassmarket stage will be coming out to showcase the best local acoustic musicians providing great summer vibes in Edinburgh’s most beautiful setting!” – quote, Oxjam Edinburgh.

I can’t say I won’t be nervous and excited all at the same time but it’ll be a great event no matter what. A special event on a special day.

My latest Video Newsletter Beyond The Fold #3 tells you a little more about it, as well as some of the latest projects. 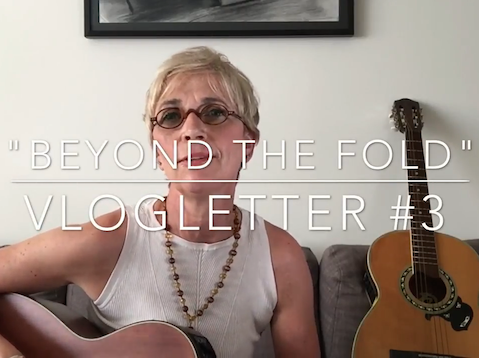 Watch Edition 3 of Vlog Newsletter ‘Beyond the Fold’

Hope to see you there!