Studio Sessions – If I Can Breathe 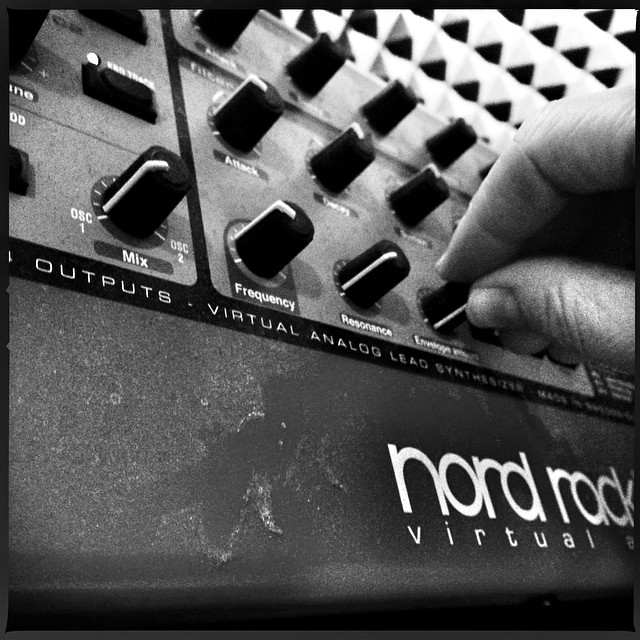 It’s been a busy week in the studio, combined a lot of songwriting. Earlier in the week I met up with producer Steve for a final session to lay down vocals for If I Can Breathe. However, it ended up being a jam session. Well, more like a jam session whereby I let Steve hear a bunch of new songs, he added rhythm, and we talked song structure and thrashed out a few tunes. For me, that is actually the best part of my studio sessions: figuring out whether the songs have a good enough structure and good enough melody. Because of all this ‘fun’, we didn’t get down to recording the final vocals for the song until the last 40 minutes of our session. But we did it!

I also let Steve hear a rough demo I did very early that morning of a slow version of If I Can Breathe. You see, I had finished writing the lyrics a few days earlier and, as with any song, learning the lyrics is one thing, trying to forget the demo lyrics you’ve used for months is another. So I thought it would make sense to sing the song slowly to ease myself into learning them.

As I began to sing the song on capo 5 in Am, it started to have a life all of its own and, more importantly, the lyrics felt more real. It was as the words themselves had a chance to breathe. I have to say that I am in love with this version of the song and will definitely record an acoustic version.

Towards the end of the week we met up again, this time to work through a home demo of an easy groove-type pop song called Whatever Happened to Love? I took him through all the parts (three guitars, five vocals, some cool strings and pads, and some wildly good bass lines) and we started the process of finding stronger drum and bass sounds for the song. The good thing with WHTL is that’s everything is in place, so all we need to do is to swap out my home audio recordings and lay them down properly in the studio.

I will write soon about some other cool projects the first of which will be the launch of a single called Born By The Water and the official music video for it.