Mike McKenzie and I have been rehearsing like mad to bring you a great show at Stramash on 30 July 9.30pm. While we have had some great rehearsals we’ve also had some laughs. This exclusive outtakes video will give you an inkling as to what it’s like working with Mike as we were trying to rehearse Don’t Hold Me Down, which you can hear on Soundcloud.

I’ll be performing only four songs from my current albums. Check out the music player on the home page of my website and you’ll not only hear Honey Child, Pocketful of Sand, Troubled Town and River Running but two ‘Rough Diamond’ versions of songs we’ll be performing: Find Me by Sigma and Dancing On My Own by Robyn. I guess you could call the latter two audio outtakes :-).

Many of the songs shown below are brand new, have been recorded in the studio but are as yet unreleased. So, you’ll be the first to hear them stripped down yet buzzing with energy! Pocketful of Sand will be debuted in French, as will pop acoustic Si Doucement. I’ll be singing a few cover song, ones I love and to which I’ve added a twist in the arrangement.

I’m also delighted to say that Mike will be performing two of his own songs and I’ll be accompanying him on guitar. They are beautiful songs and I’m psyched to be supporting another songwriter on stage, something I haven’t done before but really enjoy.

So, why not start the Edinburgh Festival with a bang and come and enjoy an evening of new songs, and a few covers with a twist!

Hope to see you there and, for now, roll the outtakes! 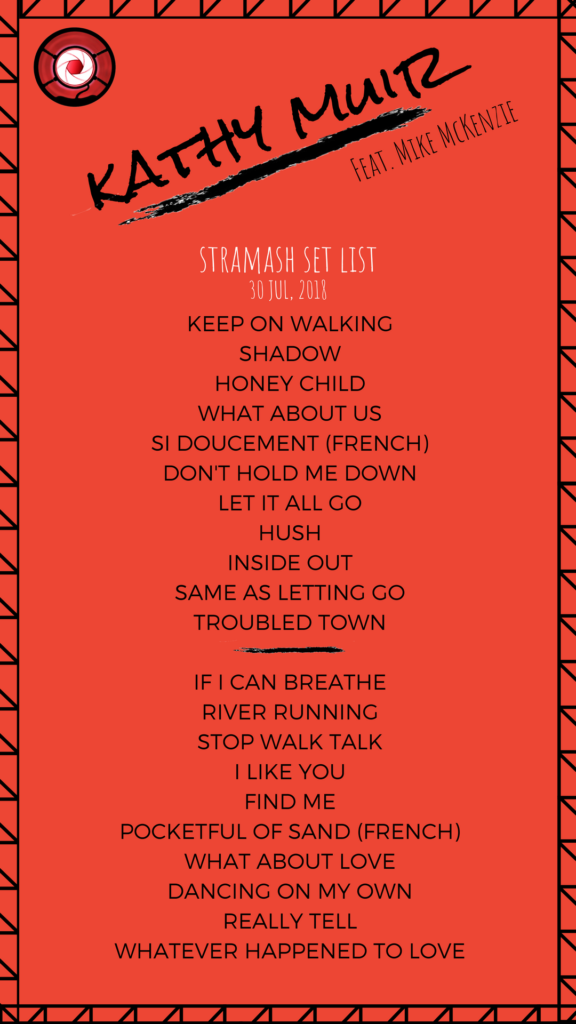 List of songs being performed at Stramash on 30 July.