Try Coming Round involves a conversation between a cynic and an optimist and that notion of half-empty-half-full.

We shot the video at Hi Top Productions where I record all my songs. It was great fun having filmmaker Vincent Carnevale shoot some very cool shots. We got some cool angles of Steve doing great work on his electric as well as me laying down vocals in real time. My playing mallets was a spontaneous thought that morning becasue, although we were filming we were actually wrapping up the song. It was also fun sitting at the drum kit, the closest I’ll ever get to

That’s the closest I’ll ever get to play with a drum kit :-).

I had been listening to a lot of indie folk artists around the time I wrote Try Coming Round, especially Joshua James. His use of high reverb helped set the tone for writing when, one day, I discovered by chance a sound that set the wheels in motion for writing ‘Try Coming Round’. I’d been playing with my Roland Micro Cube amp. I was leaning it against the wall at one end of the room, and playing my acoustic guitar at the other end. As I was playing around with some initial concepts, I pressed ‘record’ on my iPhone. When I played back the rough, it was very cool: I could hear the real sound of the acoustic guitar yet also hear an effect from the amp that was distorted and kind of lo-fi.

What is a Roland Micro Cube Amp?

The image below was that of this little amp visiting the big studio and letting it breathe attitude as we tried to replicate the sound I had at home. 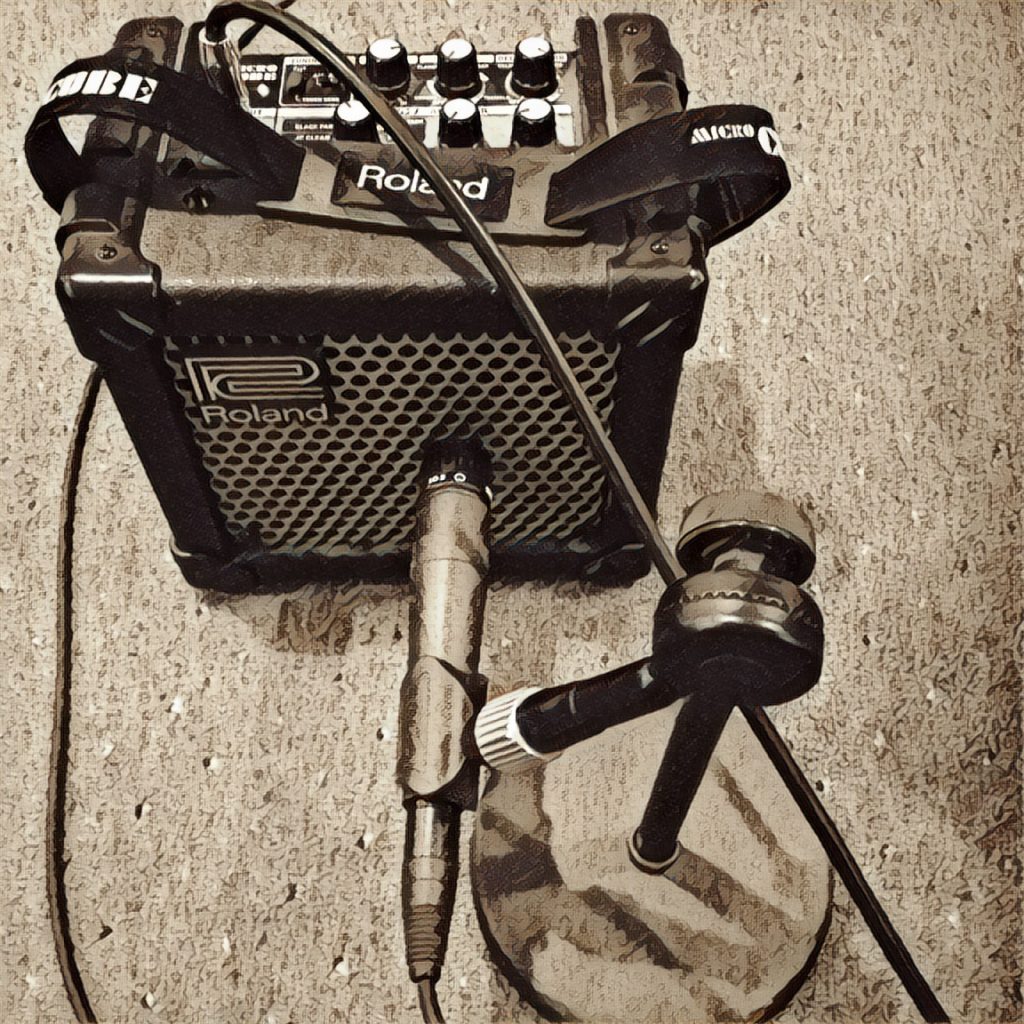 Click the link to hear all four songs from ‘2+2=4 and to see links to any or all of your favorite music stores.